"Spread the wings of hope, and soar towards tomorrow!"

Interstellar! Pretty☆Cure (インタステラ! プリキュアIntasutera! Purikyua) is the first Precure Fanseries created by Isurani. It began airing on December 14th, 2017, and is currently ongoing. It has a motif of space and stars, and its major themes are love, hope, rebirth, and grief.

Looking into the town of Keres, it seems like a perfectly normal, if quiet, suburban town. However, it was once home to two idol-like heroes: the Pretty Cure. The two heroes, known as the Starlight Duo, protected Keres from the evil forces of the Outer Limits, an extraterrestrial organization bent on spreading despair.

That was, until they fell, and took twenty-six other teenagers with them. Now, six months later, Niko Andros is a fifteen-year-old freshman still dealing with the fallout of losing her best friend, Chikara Oshiro.

"For the future of the sun above, I will fight, ari."

Turns out that final battle wasn’t final at all. Sollari et Al, a solar messenger from the Vertex Core looking for their partner Lune, comes to Earth to find a Pretty Cure with enough potential to save Lune from the clutches of the denizens of the Outer Limits. Unluckily for Niko, she happens to be the one.

To protect Sollari, her friends, and her home, Niko uses the power of the stars to overcome her hesitation and become the champion of hope, Cure Celestial!

Now, with a growing team behind her, Niko sets out to fight against the Outer Limits and their monsters known as Seikais. To save Lune, Sollari, and everyone...Cure Celestial will do her best! 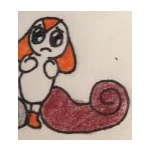 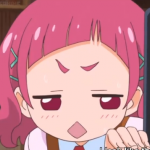 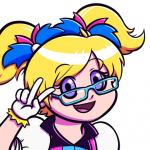